NASA’s endurance worked out: “Perseverance” has successfully landed on Mars

In a fully automated maneuver, the Mars rover “Perseverance” landed without any problems on Mars on February 18, 2021 at 21:56 CET. Approximately 50 different CEROBEAR bearing types are installed in different areas of the rover and will now be active during the exploration, which will last at least one Mars year. The rover’s main task is to collect soil samples to clarify whether in the past there was life on Mars. 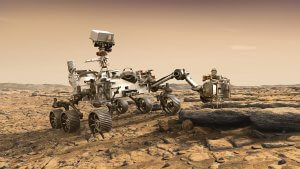 “Perseverance” is the largest, heaviest, and, according to NASA, also the most powerful rover from the NASA/JPL “Mars Exploration Program.” The Mars Project addresses outstanding science missions for Mars exploration. The goals include important questions about astrobiology and, of course, the possibility for life on Mars.

CEROBEAR developed the bearings exclusively for the Mars 2020 Rover Project. They are located in various actuators and mechanisms in applications such as the wheels/steering system, sample acquisition/caching systems, the robot arm, and the helicopter deployment mechanism. The challenge for CEROBEAR’s bearings was manifold. They had to survive the launch, the 6-month journey to Mars, and withstand extreme vibrations and temperature changes during the landing. The bearings must then perfectly function, as they were specially developed for each application using the best-suited materials.

For the first time, images from the rover’s landing on Mars could be witnessed almost simultaneously on Earth. Several cameras delivered the first low-resolution images of Perseverance in a time-delayed manner. In the coming days, several photos and audio data from the rover will be sent to Earth via the Mars Reconnaissance Orbiter, flying in orbit around Mars for years. The Mars Perseverance Rover will collect soil and rock samples, which will be temporarily stored on the Martian surface. They will be transported to Earth on a future mission and then analyzed for signs of previous life. 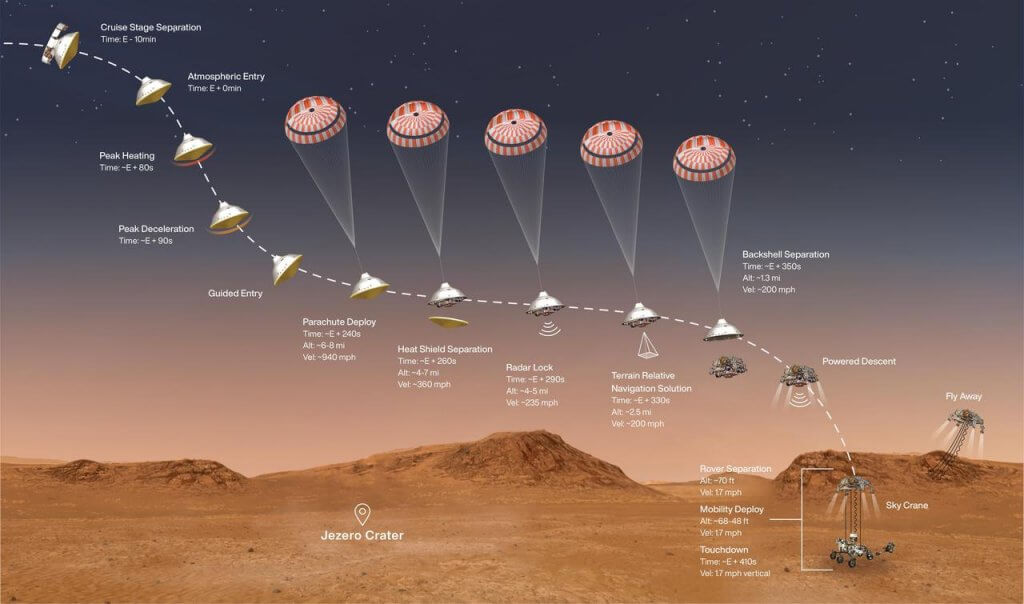 CEROBEAR has been cooperating with NASA and serving the Space Market worldwide for more than 25 years. One of its first projects was customized bearings for the Space Shuttle turbo-pumps. CEROBEAR serves a wide range of space applications such as mechanisms/actuators, propulsion systems, and guidance systems. CEROBEAR is the right partner for the space projects due to the development of customized bearings, adapted precisely to the corresponding applications, and the possibility to produce in small quantities.

CEROBEAR GmbH was founded in 1989 as a spin-off from Fraunhofer Institute for Production Technology (Aachen, Germany). Since 2013 CEROBEAR is part of the MinebeaMitsumi Aerospace NHBB/myonic Business Unit of the worldwide acting MinebeaMitsumi group. CEROBEAR is an independent subsidiary of New Hampshire Ball Bearings, Inc. (NHBB, USA).